The event is under patronage of the dean of Second Faculty of Medicine, Charles University,
prof. MUDr. Vladimír Komárek, CSc. 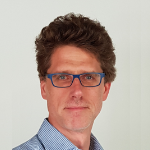 Paul Vanden Berghe (1966) studied philosophy and theology at the Groot Seminarie Brugge, the Catholic University of Louvain (Leuven) and the Eberhard Karls Universität Tübingen. He received his MA in Theology with a thesis on Christology (1992) and his PhD in Philosophy on the Ethics of psychoanalysis (2001). From 2001 until 2006 he worked as a postdoctoral research fellow and substitute professor in ethics and anthropology at the University of Antwerp and from 2003 until 2006 also as part-time pastoral caregiver in Leuven (Heilig Hart Ziekenhuis & University Hospital Gasthuisberg).

Director of the Institute of Biomedical Ethics and History of Medicine, University of Zurich, Switzerland

Prof. Dr. med. Dr. phil. Nikola Biller-Andorno directs the Institute of Biomedical Ethics and History of Medicine, University of Zurich, Switzerland, which serves as WHO Collaborating Centre for Bioethics. She co-leads the PhD program “Biomedical Ethics and Law” and serves as Vice-President of the Clinical Ethics Committee of the University Hospital Zurich. She is also a member of the Research Ethics Committee of the Federal Institute of Technology Zurich, and an expert advisor to the Swiss Medical Board, an HTA agency providing clinical and cost effectiveness analyses of diagnostic and therapeutic interventions. From 2009 to 2011 she acted as President of the International Association of Bioethics.

She has been a Commonwealth Fund Harkness Fellow (2012-13), a Safra Network Fellow (2013-14) and a Visiting Professor of Biomedical Ethics (2012-14) at Harvard University. In 2016, she was elected as Fellow of the Collegium Helveticum, an Institute of Advanced Study sponsored by the University of Zurich, the Federal Institute of Technology Zurich, and the Zurich University of the Arts. In 2018, she obtained an additional qualification in Health Business Administration (MHBA).

Director of the Centre for Bioethics University of Sts. Cyril and Methodius in Trnava, Slovakia 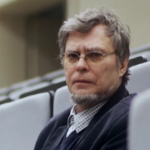 Peter Sýkora studied microbiology and genetics at the Faculty of Science, Charles University in Prague, and for two decades he engaged in biomedical research. The results are published, for example, in Plasmid, Am. J. of The Medical Sciences, J. Bacteriol., J. Theor. Biol. Since the mid-1990s, he has also been more involved in bioethics. In 1997 he became an associate professor at Comenius University in Bratislava and in 2009 a professor of philosophy at Masaryk University in Brno.

He worked as a researcher (University of Glasgow, University of Massachusetts) or visiting professor (Emory University, King´s College, National University of Singapore). He deals with ethical aspects of biomedical donation ( M. Steinmann, P. Sykora and U. Wiesing, eds. Altruism reconsidered: exploring new approaches to property in human tissue, Ashgate 2009), usability of embryonic stem cells (A Tale of Two Countries: Czech and Slovak Stem Cell Biopolicies. In: Contested Cells. World Scientific-Imperial College Press 2010) and gene editing in humans (Germline gene therapy in the era of precise genome editing: How far should we go? In: The Ethics of Reproductive Genetic, Marta Soniewicka (ed.), Springer 2018). He is a member of the National Ethics Committee at the Ministry of Health, Slovakia.

Do you need more information about this event? You can ask directly Mgr. et Mgr. Martin Zielina, Ph.D.